Excerpt Thursday: A House Near Luccoli by DM Denton

This week, we're welcoming author DM Denton, whose latest title is A House Near Luccoli. Join us on Sunday, when the author will offer a free copy of the book to a lucky blog visitor. Here's the blurb: 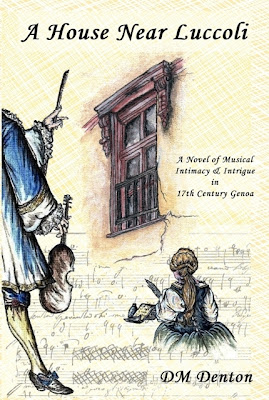 Over three years since the charismatic composer, violinist and singer Alessandro Stradella (1639 – 1682) sought refuge in the palaces and twisted alleys of Genoa, royally welcomed despite the alleged scandals and even crimes that forced him to flee from Rome, Venice, and Turin, his professional and personal life have begun to unravel again. He is offered, by the very man he is rumored to have wronged, a respectable if slightly shabby apartment and yet another chance to redeem his character and career. He moves in to the curiosity and consternation of his caretakers, also tenants, three women whose reputations are of concern only to themselves.

Donatella, still unmarried in her mid-thirties, is plainly irrelevant. Yet, like the city she lives in, there are hidden longings in her, propriety the rule, not cure, for what ails her. She cares more for her bedridden grandmother and cats than overbearing aunt, keeping house and tending to a small garden, painting flowers and waxing poetic in her journal.
At first, she in awe of and certain she will have little to do with Stradella. Slowly, his ego, playfulness, need of a copyist and camouflage involve her in an inspired and insidious world, exciting and heartbreaking as she is enlarged by his magnanimity and reduced by his missteps, forging a friendship that challenges how far she will go.

A House Near Luccoli focuses on chance encounters, beautiful music, and the paradox of genius through an imagined intimacy with one of the most legendary and undervalued figures of Italian Baroque music.

**An Excerpt from A House Near Luccoli** 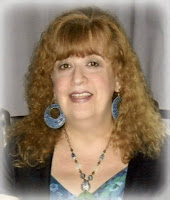 Diane (DM) Denton is a native of Western New York State, where she currently resides. Her writing life began as a child retreating into the stories and poems that came to her. Early on she developed an interest in history, especially European history, while her participation in and appreciation of music was encouraged through memories shared about her maternal grandmother, who was a concert pianist in Chicago in the 1920's. Some of the most defining years of her adult life were while she was studying and living in rural England, in a yellow-stoned village with thatched cottages, a duck pond, and twelfth century church and abbey turned Jacobean manor house. In addition to writing, music, art, and cats, she is passionate about nurturing nature and a consciousness for a more compassionate, inclusive, and peaceful world.

A House Near Luccoli is her first published novel. She is currently working on a sequel set in late Restoration England, and has also published an illustrated poetry book, A Friendship with Flowers.

A House Near Luccoli is available in Paperback and Kindle Edition at amazon.com and as a NOOK Book at barnesandnoble.com; soon to be an audio book.

Diane invites you to visit her website: http://www.dmdenton-author-artist.com, where you can find more information on her publications, view her prose and poetry portfolio and artwork. Diane has a blog: http://bardessdmdenton.wordpress.com that features her work.

You can also find her on: