This week, we're pleased to welcome author C.P. Lesley with her latest novel, THE GOLDEN LYNX. Join us on Sunday, when the author will offer a free copy of The Golden Lynx to a lucky blog visitor. Be sure to leave your email address in the comments for a chance to win. Here's the blurb. 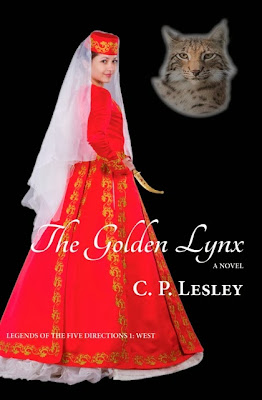 WHO IS THE GOLDEN LYNX?

Russia, 1534. Elite clans battle for control of the toddler who will become their first tsar, Ivan the Terrible. Amid the chaos and upheaval, a masked man mysteriously appears night after night to aid the desperate people.

Sixteen-year-old Nasan Kolychev is trapped in a loveless marriage. To escape her misery, she dons boys’ clothes and slips away under cover of night to help those in need. She never intends to do more than assist a few souls and give her life purpose. But before long, Nasan finds herself caught up in events that will decide the future of Russia.

** An Excerpt from The Golden Lynx**

The lynx found Nasan just before the ambush. She glimpsed its tufted ears through the tangled branches of the birch tree, then lost sight of it when her brother launched his attack.

Alerted by his joyous shriek, she jumped sideways and stuck out a foot, sending him somersaulting over the blizzard-kissed ground. She pelted him with snowballs, taunting him.

“You forgot again, silly. How can you take me by surprise if you yell like that?”

He lurched to his feet, grumbling, and she laughed. Girei tried, but too often he forgot to save his war cries for battle.

He soon recovered. Most of the snowballs bounced off Nasan’s quilted overcoat or hit the birch trees that bounded the clearing they had chosen as their private playground. But a few better-aimed missiles sent icy shivers across her cheeks, reddened by the cold. One smacked her on the forehead, knocking her hat to one side.

She pushed the sheepskin cap into place and aimed another snowball at Girei, who yelped when it broke over his neck. While he scooped ice from inside his coat, she leaped in celebration, bending her legs almost double behind her and shouting, “Hurrah!”

Her moment of exultation cost her. Girei darted toward her, grabbed her round the waist, and tossed her into a drift. The impact jarred loose an entire branch’s load, covering her in snow. “Yow,” she said. “I’m going to get you for that.”

Girei grinned. “You didn’t hear me coming, though.”

He nodded. Nasan kept a wary eye on him as she wriggled free of her drift. A few months ago, he couldn’t have picked her up that way. But these days he seemed to grow taller with each passing minute; for him manhood lay just around the corner. Sha’ban led into Ramadan, and the ending of the fast marked his fifteenth birthday. Within weeks, he would ride off to join the army with their father and older brother. He couldn’t wait to go.

Leaving her with their mother and the women. Wives, aunts, cousins, half-sisters, servants: a bevy of females determined to mold Nasan into a replica of themselves—preoccupied with her place among the hierarchy of her eventual husband’s pretty playthings. At sixteen, Nasan knew better than to resist marriage and motherhood. Women existed for no other purpose. But while she slept, the grandmother spirits whispered their promise: life offered so much more.

A pair of fingers snapped before her face. “Are you dreaming?” Girei asked. “Possessed? Wake up.”

She rubbed her gloved fist against his forehead, where the unruly hair refused to accept the confinement of his hat. “A nightmare, more like. You off to the army, and I to supervise the kitchens. Is that justice?”

How she would miss him. No one else understood her as well.

But she could not hold onto him forever. Already a faint mustache showed on his upper lip; his face increasingly resembled the portraits of their ancestor Genghis Khan. Genghis lay hidden in the eastern steppe, long buried in a sacred precinct marked only by the spirit banners where his soul perched between flights, but his illustrious lineage survived in the rulers of Khankirmän, which the Russians called Kasimov. Girei had grown up compact and muscular, short and sturdy like his father, with dark hair and black eyes. His quilted winter trousers and overcoat, the sable hat pulled low over his forehead, only heightened his resemblance to the Mongol warriors of old.

To slip past her mother, Nasan had borrowed clothes from Girei’s servant. For these few stolen hours, she reveled in the liberty the garments gave her. She didn’t want to be a boy, but she loved the freedom to move, to choose, and to explore that boys took for granted.

Embarrassed by the thought, she brushed snow off her jacket. Pointless to long for the days—only two years past—when she and Girei had raced their ponies across the steppe, ululating their joy into the wind that ruffled the feather grass. The image of Ana appeared before her: an older version of Nasan—slim but indomitable, black hair hidden beneath a cap, dark eyes flashing with annoyance at her daughter’s independent ways. “Princesses stay in the palace,” her mother’s remembered voice said in a tone that brooked no disagreement.

Nasan would pay for her disobedience when she got home. But sunshine had beckoned from outside her window, Girei’s departure drew ever closer, and the winter woods lured her with mystery and silence. A scolding seemed a small price for a morning’s release from duty.

A flurry of snowballs snapped her back to the present. “Truce over,” Girei cried. He bombarded Nasan with what remained of his hoard, then ran for his pony, vaulting into the saddle. “Bet you can’t catch me.”

Traitor! Snow covered her from nose to hips. Set on revenge, she shook herself off and leaped for her horse’s back. Girei had a good head start, but she rode better than he did. Her sure-footed steppe pony dashed along the flattened snow that formed the road—the frozen Oka River on one side, unbroken forest on the other. The horses galloped nose to tail when a dozen men burst from among the trees and grabbed the Tatars’ reins.
Russians.

No doubt about that. Many Tatars had European features, but none looked like the leader of this group. A platinum-haired giant, he towered over his men.

Too late, Nasan remembered her mother’s warning that more lurked in the woods than screech owls and lynxes. 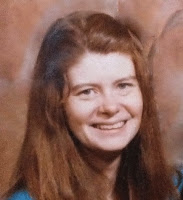 C. P. Lesley, a historian, is the author of The Not Exactly Scarlet Pimpernel and The Golden Lynx, both published by Five Directions Press in 2012. She is currently working on The Winged Horse, the first of four planned sequels to The Golden Lynx—a series set during the childhood of Ivan the Terrible. When not writing, dancing, reading, or working, she hosts New Books in Historical Fiction.

You can find out more at Ms. Lesley’s website and blog. The website includes a link to her Amazon.com author page.
Posted by Lisa J Yarde at 11:51 AM