Excerpt Thursday: TO A STRANGE SOMEWHERE FLED by D.M. Denton

This week, we're pleased to again welcome author DM Denton with her latest release, TO A STRANGE SOMEWHERE FLED, the sequel to A House Near Luccoli. Join us again on Sunday for an author interview, with more details about the story behind the story. One lucky visitor will get a free copy of To A Strange Somewhere Fled. Be sure to leave your email address in the comments of today's post or Sunday's author interview for a chance to win. Winner(s) are contacted privately by email. Here's the blurb. 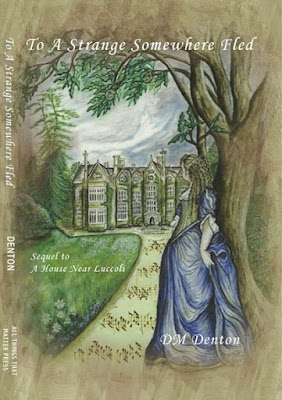 After the sudden end to her collaboration with composer Alessandro Stradella, Donatella moves from Genoa to join her parents in a small village in Oxfordshire, England. The gift of a sonnet, 'stolen' music, inexpressible secrets, and an irrepressible spirit have stowed away on her journey. Haunted by whispers and visions, angels and demons, will she rise out of grief and aimlessness? Her father's friendship with the residents of Wroxton Abbey, who are important figures in the court of Charles II, offers new possibilities, especially as music and its masters ~ including the 'divine' Henry Purcell ~ have not finished with her yet.

Praise for To A Strange Somewhere Fled

While Donatella and her story, full as it is of such a legion of colorful characters, are vastly entertaining in their own right, often Denton’s descriptions of musical performances manage to swoop in and lift the reader up to even greater heights. Her passionate research and personal love of the art both shine through in the remarkable imagery her prose evokes, enrapturing her audience and taking them just a bit deeper into the intricacies of the 17th century setting. Irrevocable in its magic and intrepid in its storytelling, To a Strange Somewhere Fled is a fascinating and delectably original work that readers won’t soon forget.
~Casee Marie Clow, Literary Inklings
DM Denton writes with a lyrical style, which swells, fades, and swells again. Her words pull her readers to the 17th century like music from that era.
~Steve Lindahl, author of White Horse Regressions & Motherless Soul.
That we can meet (the composer) Henry Purcell within these pages and find him totally believable as a living, breathing human being is a mark of the author’s imaginative powers and literary skill.
~Deborah Bennison, Bennison Books
Denton’s style allows for flourishes, nuances, changes in pace, and variations on themes, as music does. With delicacy and sureness, the author works with her themes of memory, love, and loss.
~ Mary Clark, author of Tally: An Intuitive Life

**An Excerpt from A Strange Somewhere Fled** 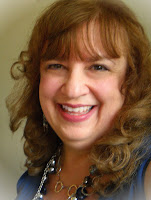 Writer and artist, DM Denton, a native of Western New York, is inspired by music, art, nature, and the contradictions of the human and creative spirit. Her educational journey took her to a dream-fulfilling semester at Wroxton College, Oxfordshire, England, and she remained in the UK for sixteen years surrounded by the quaint villages, beautiful hills, woods and fields of the Oxfordshire countryside. She returned to the US in 1990, to a rural area of Western New York State where she still resides in a cozy log cabin with her mother and a multitude of cats. Her day jobs have been in retail, manufacturing, media and career consulting, and as a volunteer coordinator for Western New York Public Broadcasting. She is currently secretary for the Zoning and Codes administration in the town where she lives. Her historical fiction A House Near Luccoli, which imagines an intimacy with the 17th charismatic composer Alessandro Stradella, and its sequel To A Strange Somewhere Fled, were published by All Things That Matter Press, as were her Kindle short stories, The Snow White Gift and The Library Next Door. She also shares her writing and illustrations on her blog.