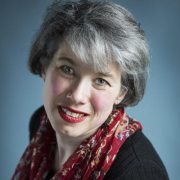 One of the more unlikely power couples of the 7th century was Oswiu of Northumbria and his queen Eanflead.

There are several reasons why this couple was unlikely.

First Eanflead is Oswiu’s third wife.  She could be his second. His first marriage was to an Irish princess. Wedo not how or when she died. The second was Rhieinmelth who was the last daughter of the house of Urien.  Her name translates as Queen of Lightening. Again we are not sure if she die or if she went into a convent. Finally, Oswiu marries Elanflead who is considerably younger than he is.

Eanflead was the daughter of Oswiu’s suspected uncle Edwin, the man
who had caused Oswiu and his brother and sister to be exiled. Early in her life, Eanflead had to flee to Kent when her father was killed in battle.  Edwin was the brother of Acha who is the other of Oswald, Oswiu’s brother.

Everyone assumes Oswui and Oswald were full brothers, but it  cannot be ruled out that they only shared a father. Oswiu had Acha memorialized at the Abbey at Whitby and traditionally Acha is held to be his mother.


Given the closeness of the suspected kinship, Oswiu and Eanflead should have had some sort of special dispensation to marry but none seems to exist.  Both Oswiu and Eanflead were Christian.  Oswiu followed the Irish tradition and Eanflead followed the Roman tradition of St Augustine. Neither tradition allows for consanguinity.  However, Bede does not mention the obtaining of the dispensation. This could be an oversight. Equally there is the Bebba question.  The Bernician royal city was renamed

Bebba’s burgh (Bebba’s city) late inking Aethelfirth’s reign. No one is quite sure who Bebba was. Aethelfrith’s first queen or a later one. And why is the name not changed when Oswiu takes the throne. Indeed we still know it as Bambrugh today which is a corruption of Bebba’s burgh. For a number of reasons before his marriage to Elanflead, Oswiu was not secure on his throne, particularly not in the south of his kingdom.


Oswiu and Eanflead married for purely political reasons. As far as can be determined they did not meet before the marriage was solemnised.  Oswiu needed to gain control of the lower half of Northumbria (that part which had Deira).  Oswiu’s father was the great pagan Bernician king Aethelfirth. Bernicia and Deira were known to be at each other’s throats prior to the formation of Northumbria.  Oswiu was the brother of King Oswald who was slain in battle by Penda. King Oswald or St Oswald is reputed to be Tolkien’s model for Aragon. Part of Oswiu’s claim rested on him retrieving St Oswald’s uncorrupted body.  However, he obviously needed something more and plucked Elanflead from relative obscurity in Kent.

The second reason is that women do not get that big of a mention in chronicles of the 7th century. Most queens in Bede’s history are anonymous.  Neither St Oswald’s wife nor the wife of Redwald who interceded on Edwin’s behalf when Redwald wanted to murder him are given their names.  Bede, however, mentions Elanflead several times  and it is clear from what he says that Oswiu and Eanflead ruled together or at least he relied heavily on her.

Eleanflead was not the shy and retiring sort, nor was she a passive helpmeet. Bede mentions her rather too much for that. She uses her influence. Under her, there is a huge explosion of monastic endowment. When Oswine, the nominal under-king of Deira rebels and is defeated and then murdered, it is Eanflead who comes up with the compromise solution – having land given to the church to pray for the souls of both kings.

It is because of Eanflead that Oswiu calls the synod at Whitby. He disliked celebrating Easter at different time to his wife or so the excuse goes.

After Oswiu’s victory at Winwaed, the couple give up their daughter  Aelfflead to the church. Aefflead is brought up by St Hilda of Whitby and in due course succeeds her as abbess at Whitby. After Oswiu’s death, Eanflead retires to the abbey and is co-abbess with her daughter. It is the man whom Elanflead championed — St Wilfrid who wins the argument and gets all of England for Rome. By now, like his father and brother before him, Oswiu has become high king of England. He is the only king in England in the 7th century to die in his bed. He was interred at Whitby, having risen from a not-very-secure on the throne younger brother to the undisputed king of England and he did it with his queen at his side.

Michelle Styles writes warm, witty and intimate historical romances in a wide range of time periods. Her latest Summer of the Viking was published in June 2015.
Posted by Michelle Styles at 1:00 AM