This week, we're pleased to welcome author ELISABETH STORRS with her latest release,  CALL TO JUNO, set in the ancient Roman period. One lucky visitor will get a digital only copy of Call to Juno - this giveaway is open internationally. Be sure to leave your email address in the comments of today's author interview for a chance to win. Winner(s) are contacted privately by email. Here's the blurb. 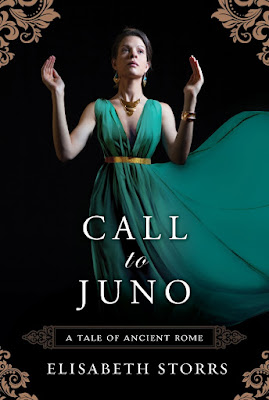 Four unforgettable characters are tested during a war between Rome and Etruscan Veii.

Caecilia has long been torn between her birthplace of Rome and her adopted city of Veii. Yet faced with mounting danger to her husband, children, and Etruscan freedoms, will her call to destroy Rome succeed?

Pinna has clawed her way from prostitute to the concubine of the Roman general Camillus. Deeply in love, can she exert her own power to survive the threat of exposure by those who know her sordid past?

Semni, a servant, seeks forgiveness for a past betrayal. Will she redeem herself so she can marry the man she loves?

Marcus, a Roman tribune, is tormented by unrequited love for another soldier. Can he find strength to choose between his cousin Caecilia and his fidelity to Rome?

Who will overcome the treachery of mortals and gods?

Praise for Call to Juno

"An elegant, impeccably researched exploration of early Rome and their lesser known enemies, the Etruscans... Elisabeth Storrs weaves a wonderful tale!"
Kate Quinn, author of The Empress of Rome Saga

Which authors have influenced you?

My desire to write historical fiction was sparked after reading The Persian Boy by Mary Renault when I was in high school. I loved the way Renault transported me back into ancient times in a visceral and visual way. History, myth and legend came alive. Her writing also spurred me to read classical literature and study ancient history so I could learn more about the worlds she so clearly loved. I also enjoyed reading Rosemary Sutcliffe and Jean Plaidy when I was younger. Over time I’ve discovered and admire Jim Crace and Alice Hoffman. Their prose is so lyrical and evocative.

What is the inspiration for your books?

Call to Juno is the third book in my Tales of Ancient Rome saga. I was inspired to write the story of Caecilia, a young Roman treaty bride, who is married to Vel Mastarna, an enemy Etruscan nobleman, after I discovered a photograph of a 6th Century BC sarcophagus upon which a husband and wife lay on their bed in a tender embrace. The casket was unusual because, in this period of history, women were rarely commemorated in funerary art let alone a couple depicted in such a pose of affection. The image of the lovers remained with me. What kind of culture exalted marital fidelity while showing such an openly sensuous connection? What ancient society revered women as much as men? Discovering the answer led me to the decadent and mystical Etruscan civilization and the little known story of the war between early Republican Rome and the city of Veii. These cities were situated only 12 miles apart across the Tiber River but the societies were vastly different in their culture and beliefs. The Etruscans were sophisticated and cosmopolitan and afforded independence, education and sexual freedom to their women at a time when the Romans and Greeks treated females as possessions and second class citizens.  As a result, Etruscan women were seen as wicked and corrupt by the rest of the ancient world.

Is there a particular theme you wish to explore in this book?

Throughout the three books of the Tales of Ancient Rome, I explore themes of tolerance and prejudice as well as the concept of fate and free will. Caecilia is forced to make choices when examining the customs, beliefs and laws of Rome compared to the hedonistic and liberal world of the Etruscans: firstly as to whether she can leave her homeland when war is declared in The Wedding Shroud; secondly whether she still owes duty to her Roman family in The Golden Dice; and lastly, if she can forsake her Roman spiritual beliefs for the dark, wild Etruscan religion that offers eternal life in Call to Juno.

What challenges do you face in writing a book set in ancient times?

Roman fiction is heavily weighted toward military action books with male characters. Often female characters are only depicted as victims or manipulative schemers. My challenge in writing a book set during a ten year siege in the 4th Century BC was to describe war from the viewpoint of women whose lives were limited. As such, it was not possible to place my female protagonists in the ‘thick of the action’ of a battle scene or in political machinations in order to move the plot forward. Instead, I explore how ancient women show courage in surviving by exerting influence through their own resources and intelligence. My characters bear witness to events but I never portray them in a way that would be unlikely given their societal constraints. In doing so, I portray the differences between the opportunities available to Roman and Etruscan women, and between the social orders.

In The Golden Dice, I introduce two new female characters in addition to Caecilia: Pinna and Semni. Pinna is a Roman whore who uses coercion and wiles to claw her way from desperation and poverty to ultimately win the heart of Rome’s greatest general, Camillus. Although she is forced to be conniving by her straitened circumstances, she has her own moral code and a desire to be recognised as a Roman citizen again (a right denied her once she was reduced to prostitution.) Pinna travels as a camp wife with the Roman army. Through her, the Roman side of the conflict is revealed. Semni is an Etruscan artisan who is divorced and ejected from her home after bearing an illegitimate child. She finds shelter in the House of Mastarna as a servant. Her interaction with Caecilia’s children ultimately results in a desperate quest for survival. And, Caecilia, who was married against her will to an enemy, grows from a frightened naïve virgin into a strong and committed mother who is free to make choices, and is empowered to hold fate in her own hands. All three women may be constrained by their cultures but each show strength, resourcefulness and courage in their own way.

Thanks so much for inviting me to tell readers a little about my saga. 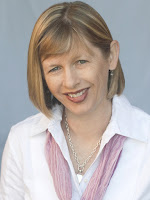 Elisabeth Storrs is an Australian author who graduated from University of Sydney in Arts Law, having studied Classics. Her curiosity piqued by an Etruscan sarcophagus depicting a couple embracing for eternity, she discovered the little-known story of the struggle between Etruscan Veii and Republican Rome and the inspiration to write the Tales of Ancient Rome Saga.

Elisabeth lives with her husband and two sons in Sydney, and over the years has worked as a solicitor, corporate lawyer and corporate governance consultant. She is the Deputy Chair of the NSW Writers’ Centre and one of the founders of the Historical Novel Society Australasia.