This week, we're welcoming author Elinor Florence whose latest title is BIRD'S EYE VIEW. One lucky visitor will get a free copy of Bird's Eye View. Be sure to leave your email address in the comments of today's author interview for a chance to win. Winner(s) are contacted privately by email. Here's the blurb. 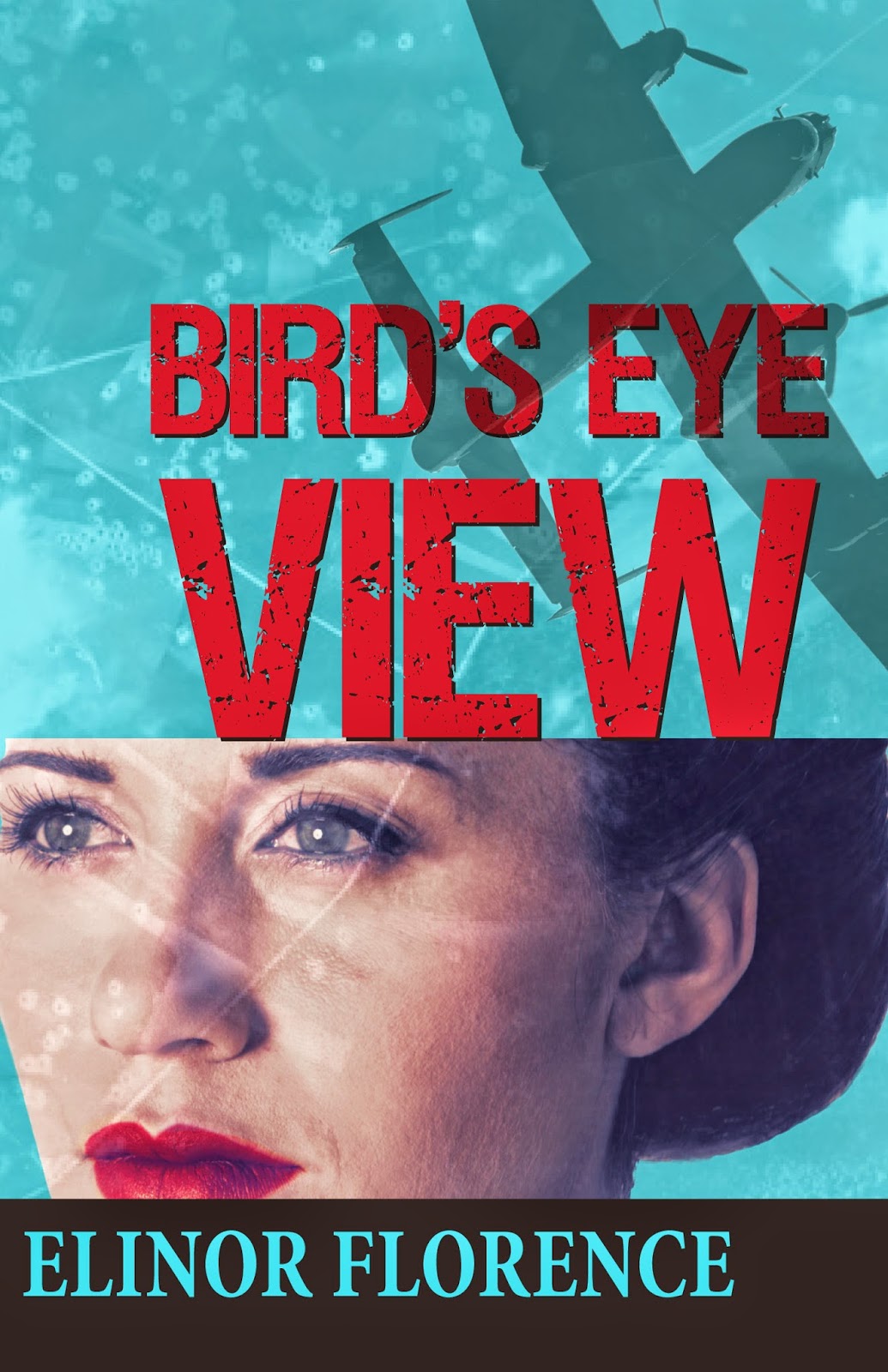 Rose Jolliffe is an idealistic Canadian farm girl who joins the air force in World War Two and becomes an interpreter of aerial photographs, searching for bomb targets on the continent. Working with hundreds of intelligence officers at an English mansion, she spies on the enemy from the sky and makes several crucial discoveries. Her British commanding officer Gideon Fowler recognizes her almost supernatural skills, but can he be trusted?

Lonely and homesick, Rose finds comfort in letters from the home front. As she grows disillusioned by an unhappy love affair and the destruction of war, tragedy strikes, and her world falls apart. Rose struggles to rebuild her shattered life – and finds that victory ultimately lies within herself.


Two reasons: Firstly, it’s the only novel ever written in which the protagonist is a Canadian woman in uniform. The contribution of women who served in all the Allied forces during wartime -- American, British, or Canadian -- has been sadly overlooked. Secondly, my heroine is an aerial photographic interpreter. She studies aerial photographs, searching for bomb targets. This was an essential part of Allied Intelligence, but we hear only about the code-breakers at Bletchley Park.
How did you become interested in this topic?

I grew up on a former airfield used to train aircrew for the British Commonwealth Air Training Program. In fact, the house where I grew up was a former barracks building. I could identify with the farm boys and girls who couldn’t wait to join the air force. It seemed like such a romantic, exciting thing to do, especially since women were accepted into the armed forces for the first time during World War Two.
Later, when I started my career as a newspaper reporter, I saw an old picture in a magazine of a woman wearing an air force uniform, studying an aerial photograph with a magnifying glass. I immediately thought: “I could have done that!” I didn’t research and write my fact-based book until later, but that image stayed in my head.


In real life, where did the photo interpreters work?
Just like the real interpreters, my fictional heroine works in a gorgeous mansion called RAF Medmenham, located not far from London on the banks of the Thames River. It was built out of white chalkstone, and locals called it “The Wedding Cake.” It’s now a four-star luxury hotel called Danesfield House. There’s a photograph of it on the back cover of my book. Danesfield House was in the news recently because George and Amal Clooney held their wedding reception there!


What qualifications did a photo interpreter have?
Interpretation was hard work, almost like learning another language. As well as math skills and scrupulous attention to detail, they needed a sort of sixth sense. Of course they only had black-and-white photos, so they learned to distinguish different textures of foliage and soil and metal and concrete. I like to say the interpreters had to recognize Fifty Shades of Grey!


Were the interpreters mostly male?
The unit began with forty interpreters; by the end of the war, there were six hundred interpreters, more than half of whom were women. Women proved to be especially good at it, because of their attention to detail. Of course their activities were top-secret. So the women had to overcome the male viewpoint that they couldn’t keep their mouths shut!


What was their most important discovery?
There were many, but the most famous was made by a woman who found the first jet-propelled weapon of mass destruction on a photograph. Today we call it a cruise missile. The Allies knew that the Germans were up to something, but they didn’t know what. The photo interpreters were ordered to look for “anything queer.” Finally, British interpreter Constance Babington Smith, nicknamed Babs, discovered the flying bomb on an aerial photo. It looked like a tiny aircraft with wings. Thanks to her discovery, the Allies were able to wipe out the German experimental station.


Almost everyone says Bird’s Eye View made them cry. Why is it so moving?
While writing for Reader’s Digest, I specialized in what were called “the heart stories.” I learned to recognize those tidbits that tugged at the heartstrings. In researching my novel, I interviewed many people who lived through the war, and they told me about their loves and their losses and their sorrows.


One thing that really stood out was the homesickness. Imagine being isolated from your loved ones for years! It was even worse for the Americans and Canadians because they couldn’t go home on leave. Their only connection was through letters, so I included many letters from home in Bird’s Eye View. My heroine simply longed to see her own country again -- a primal emotion that comes straight from the heart.
About the Author

Elinor Florence is a career journalist who has written for daily newspapers and magazines including Reader’s Digest. Like her heroine, Elinor grew up on a prairie farm in Saskatchewan and now lives in the Rocky Mountain resort of Invermere, British Columbia. Married with three grown daughters, her passions are village life, flea markets, and old houses.

Find Elinor Florence on the Web: